Over the last 5 years I think we've established pretty well that I'm a socially backwards person, it’s not that I don’t play well with others, it’s more that I don’t know how to play with them. There are sectors of society I can interact comfortably with and others that I don’t so much as actively avoid the world because that would imply I thought about it and chose not to …. It seriously doesn’t even occur  to me


Today is day 3 with 81 days to go …. ¼ of a year and oh my but I just want to go get a Costa drive thru pick up a cup of the hard stuff and then perhaps wander around Wellington Farm Shop and spend way too much on random stuff. Even the MS Therapy Centre is not open for the next month for my weekend Oxygen Therapy.


My only trip outside this week will be for my monthly bloods are at 8:35am tomorrow – I have to leave the house and go to the surgery for that (a doctors surgery is what you guys call a clinic – not surgery as in chopping into people) All our Doctors’ appointments are telephone only now but the nurse appointments for bloods are still in person – I’m the first appointment of the day and there’s going to be worst case 1 other person there as there are 2 nurses so pretty safe since I intend to touch nothing and not go near anybody at all.


I do have a safe place to ‘go out’ with the dogs, we’ve used a secure dog walking park for the last few years and because it’s private hire there’s nobody else there. There are disposable gloves to use letting yourself in and out so we don’t have to touch the locks, Gareth still isn’t overly happy at the prospect of me going so I haven’t been yet to reduce his concern.


Gareth was a soldier, he did tours in Iraq and Afghan he had rockets fired at him, was threatened with guns, and in his words ‘this scares him more because it’s the people he loves who are at the most risk'. He’s being so great about it but with his worries about his Dad (he is SPMS and VERY prone to picking up bugs) and his mum is a smoker and often recovering from a cold or coming down with one because she’s picked them up from his dad and his grandmother who’s elderly and frail.
The last thing I want to do is give him more anxieties about me.

The supermarket shelves are blitzed of everything and anything its like the post Zombie Apocalyptic scenes from 28 Days Later. My nod to ‘stockpiling’ was that on my last Ocado home delivery I ordered 2 chorizo’s, some milk powder and 2 lots of bread flour (Gareth is great at making bread – which is just as well because there’s none in the shops) we have plenty of stuff to keep us going, there’s no real need for anything other than the odd bottle of wine.


This is going to be life changing for everyone, nothing will be the same going forwards. Homes, families, finances, business is all going to be changed, the potential mental health repercussions of distancing, isolation and bereavement will reach far into the future. I’m hoping that as a species us humans can deal with this in a more dignified and caring manner going forwards than some have so far.


Blimey I’m dark today …. Time to stop that and lighten up, the good thing about working from home is that my ‘background noise’ of choice today is back to back to back episodes of Pitbulls and Parolee’s – lovely fluffies and happy endings – how can that be wrong.


Oh and since we all have so much time on our hands now we’re working from home, not commuting a very lovely lady in Texas called Amy has started a blog – a new Lemmie in a Covid-19 world, new fears, new challenges as well as the same old crap that we MS’ers we all put up with on this journey. Take a moment to have a read, perhaps say hi so she knows you’re not a robot that would be lovely – the more people who ‘Pay it Forward’ with their experiences the better. https://amyhsroad.blogspot.com 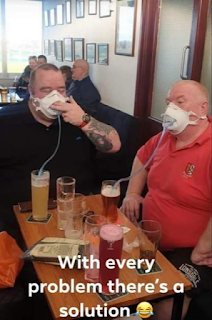 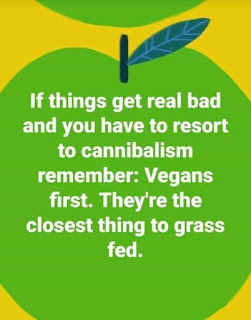