3 weeks have boomed by again, sorry about that.

So what's new in the Doust house ? Well I logged into my banking app on Saturday to pay the lovely man who valets our cars and there was far more money than I'd been expecting to be there - I had a slight panic thinking work had paid me early and I'd accidentally spent WAY too much on Christmas and knackered myself until the end of January. A quick check on transactions in and there was a payment from DWP PIP - I GOT APPROVED and for the higher rate too 😀

It means I can get a mobility car with a hoist to get RoboBob in and out myself without having to always have Gareth with me or ask lovely people to help me. I am beyond thrilled - it will make such a difference I will be fully independent again 😀 such a huge weight off my mind.

My Physical trainer appointments are cancelled for the rest of the month, the poor man has covid so I'm doing daily tests to check I've not got it - today is day 5 and I'm all clear thank goodness. 3 vaccines and the thought of catching it still scares the crap out of me.

On the subject of vaccines, I've had a letter through saying because of my Ocrevus treatment I should have a 4th vaccine - it has to be 3 months after my 3rd one so that will be due January 11th but I'm booked in at the end of January to have it at my doctors clinic. I was hoping for a Moderna one this time - call me daft but it would give me a 'full house' at vaccine bingo and that amuses me. Sadly I'm not going to get my full house because Dr B has told me it's 99.9% likely to be another Pfizer *shrugs and doesn't mind at all*

Work has become very quiet this week, a lot of people off in the run up to Christmas but it's really given me a chance to catch up on paperwork and get my inbox cleared down so I can hopefully start the new year without wincing and wondering how I'm going to even begin to clear down 100's of mails.

I had another MRI on Sunday at Hammersmith hospital.The appointment was at 12:45 and I had arrived by 11:15. A nice lady buying a parking ticket helped me unload Bob from the car and I got up there well over an hour early but I'd rather wait around than be late. Happily they called me straight through, the did my back (which the previous MRI didn't cover) I was done and out the door before it even got to my appointment time and there was a nice man in hi-vis setting up a lifting platform outside the hospital so I told him he looked big and strong and could he help me put bob back in the car - result.

All the christmas shopping is done - if you've been reading this a while you'll know this is VERY unusual - I'm usually flapping around in the last week before Christmas because I've forgotten stuff. The meat order to go up to Halifax is due for collection between 12 & 1pm on the 23rd. The dogs are booked into the private hire dog field in Halifax on the 24th, 25th and 26th for a run (it's on the top of a bloody big hill so it's probably going to be extremely cold and windy but they'll have a good run and get some energy out of their systems)

The Ensuite is finished (well the painting isn't done yet but thats's scheduled now for the end of February and pretty much the whole house is being done all in one go) the non-slip shower tray is an absolute game changer I feel safer when I'm in there for the first time in a very long time.

I hope that you have a chance to enjoy friends and family or just have a rest (both would be better)  over Christmas time, whether you celebrate it or not.

Take care, stay safe and love and best wishes from us

Latest Ocrevus, the bathroom is being fitted and Blog passes 1/4 million views WOW

I had my 3rd round of Ocrevus last Thursday, they did the fast infusion and everything was very uneventful really. I had a nice long snooze thanks to the antihistamine, played some candy crush games, a bit words with friends and watched Skyfall again on my iPad.

It's funny how I always forget that the body really doesn't like having extra stuff pumped into it when it's not already 'leaking' somewhere. I always get that horrible spike in the head headache afterwards for a few days - this time 5 days. I guess it's a little like when someone has a child and says afterwards they'll never do it again but they do - they forget the unpleasant and do it again because it's worth it.

It's horrible but it is what it is, I guess I'm writing this in the hope I'll remember in May next year when I have my next round to have paracetamol in the house so I'm not hiding in the dark, feeling sick and flinching every time there's a noise for 5 days 😆😆

The team arrived on Monday to refit the ensuite bathroom Monday so I spent the day in the lounge with the dogs while Demo day went on above my (already sore) head. The non slip ceramic shower tray went in yesterday and the floor was tiled and today the tiles on the walls are going up. It already looks so good and it's going to be so beautiful when it's done.

I can't wait to just walk into the shower and just do what I need to rather than struggling to get into the bath in the other bathroom, slipping and sliding all over the place and being terrified for my safety. I've called first dibs on using it 😎

In other news I saw a personal trainer on Monday (self funded) I was pretty terrified if I'm honest, before all the MS and spine problems I liked exercise, I was strong and I knew how to do things without making things worse but my confidence really has taken an absolute battering in recent years so I was scared about what he'd want me to do and what the price for it would be. He had me doing chair based exercises rather than standing and moving around. Lots of stretches and resistance band movements and holds. The hour flew by and he was  so patient and kind. I'm actually looking forward to the next session with him tomorrow rather than dreading it.

My PIP interview has been done and is now back with the team for review. It will be another 8 weeks or so before I hear anything but I hope that they look favourably on it. A mobility vehicle with a hoist so I can leave the house to do things on my own - things like being able to go to work or attend hospital appointments without always having to have Gareth with me to unload and load RoboBob would be life changing.

Lastly I want to thank you for reading this.

I know it's more Adrian Moles diary for a middle aged woman with MS than it is an MS / Lemtrada / Ocrevus 'document'. I guess I never really wanted it to be anything other than what it is. A continuing record of how life is with MS, how treatments are and how they effect (my) everyday life. I wanted it to be a true life real time record - an ongoing record (sadly so many of the blogs that inspired me at the start of my MS journey have withered away) that isn't just for the good times or the bad times but for all the times.

When I started writing this I just wanted to be able to help a few people learn about this MS life, Lemtrada was a newly approved treatment and Ocrevus was just being concieved. It was important that information and experiences were shared to help others to make an informed choice by reading about other peoples experiences. The origins of these treatments were for horrible cancers and other nasty conditions - people called them Chemo (I did at the start) and that made people afraid.

Social media platforms are great for bringing people together who have conditions like MS, treatments like Lemtrada and Ocrevus, or even just cooking enthusiasts - information sharing is so easy and readily available at the touch of a button or a screen. One of the very human things about social media resources is that they often have far more negative content that positive about a condition or a treatment for it. It's simply reality that people are more motivated to share when times are hard, when they are scared or in a dark place.

It's harder to just keep saying 'it's okay' 'I'm good' 'nothing happening here' ...... there's a level of guilt associated with it, you don't want to seem like you're bragging or somehow diminishing the struggles of others when that's not what you want to do at all.

Both sides are important to share and important to read when considering what is right for you and that is not going to be the same for everyone but it's about having as much information available to help make that choice.

It's not all roses, if you've read this all the way through or been following it for a long time (you deserve a medal or something for that) life has changed, it's different now, its harder than I ever imagined it would be in some ways but it's also really great in other ways. I'm naturally a positive person, the glass isn't half full or half empty, the important thing is the glass is refillable with a wide variety of drinks and that I can choose what I want in it.

It's taken nearly 7 years but last week we hit the magic 1/4 million views mark and I hope that it's helped even a tiny fraction of that number of people - even if it's just helped you sleep because it's quite dull and poorly written. 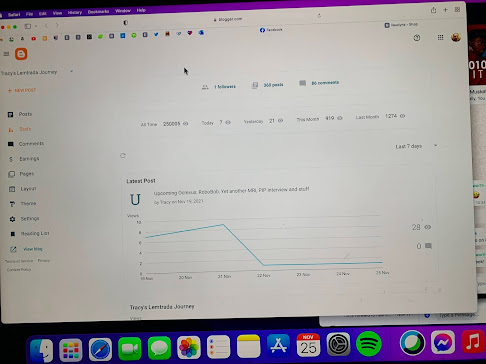 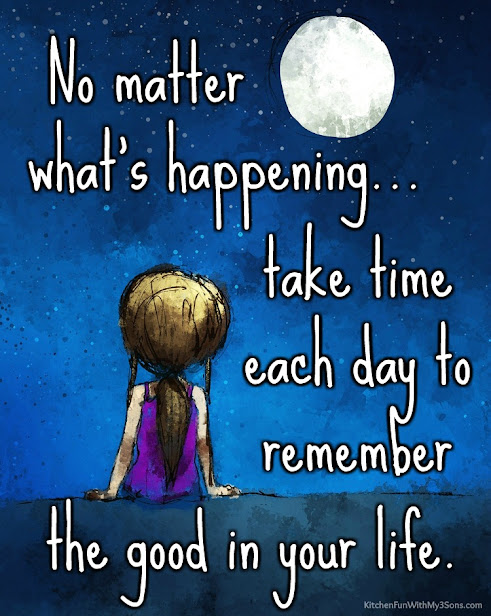 Be strong and stay positive
much love
T